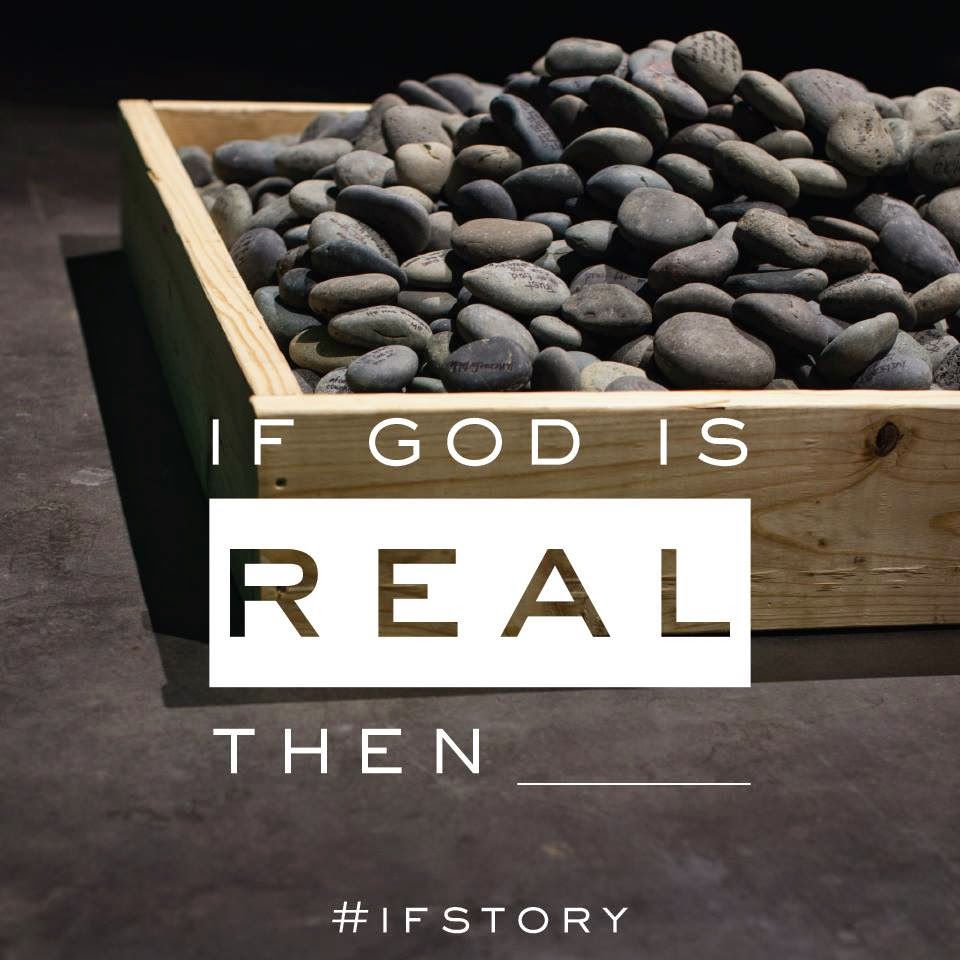 If you know me, you know I often struggle with "my own people." Every few months, I decide I am no longer going to call myself a "Christian"... mostly because of ways I see Christians acting in the mainstream media. Or politics. I love Jesus but there are days when I don't want to be aligned with people claiming to follow him. It's a problem, really. Especially when you are married to a pastor (!).

But this past weekend, I was reminded that those in mainstream media and politics aren't the only voices. They don't get to be the only ones representing Jesus. I was reminded that there are so many who call themselves Christians who are committed to beauty and empowerment and want to be used to bring peace and healing.

I had the honor to lead an If:Local again this year, a weekend conference for women. The conference itself takes place in Austin, TX but we live-stream it and have our own discussions/activities with our group.  Sixteen of us took off to Ocean Isle Beach and spent the weekend listening to the speakers, talking with one another, opening up, being honest and vulnerable and real. We left judgment and criticism way behind in Greensboro and focused on listening to each other, encouraging each other, building one another up. Time spent reconnecting to God, confessing our unbelief and doubts and struggles.

And I missed most of it.

My children lovingly shared the stomach bug with me just before I left. I was sick the entire time. I missed one of the speakers entirely and spent most of the rest of the weekend counting down the minutes until I could get back in bed, just praying I wouldn't throw up again. And praying no one else would get it and that I wouldn't be a distraction.

But you know what? The parts I was well enough to focus on were the parts that spoke the most to my soul.  There was a time when we were all called to get on our knees to repent for the state of our nation: to beg for forgiveness for our part in racism, modern-day slavery, and the mess that is our prison system/war-on-drugs and to pray that God would use us to heal our land. We were reminded that Christians should be leading the conversations about and doing the hard work of bridge-building between our races. That we should be the ones standing up, reaching out, and listening to others' experiences. I was reminded that, in the midst of everything, I am called to be "the next most-humblest version of myself." That in everything I do, I should strive to become more humble and think "what would the next, more-humble, version of me do?"

If God is real, then _______.  Then what? How do we live? If this God of ours is real, if he really wants to use us to redeem and restore this broken world of ours, what do we do? We had a chance to respond... to write what we felt God had for us to do next. I blurred these intentionally, but this is a pile of rocks full of BIG things. Actions of healing, of reaching out, of doing hard things. 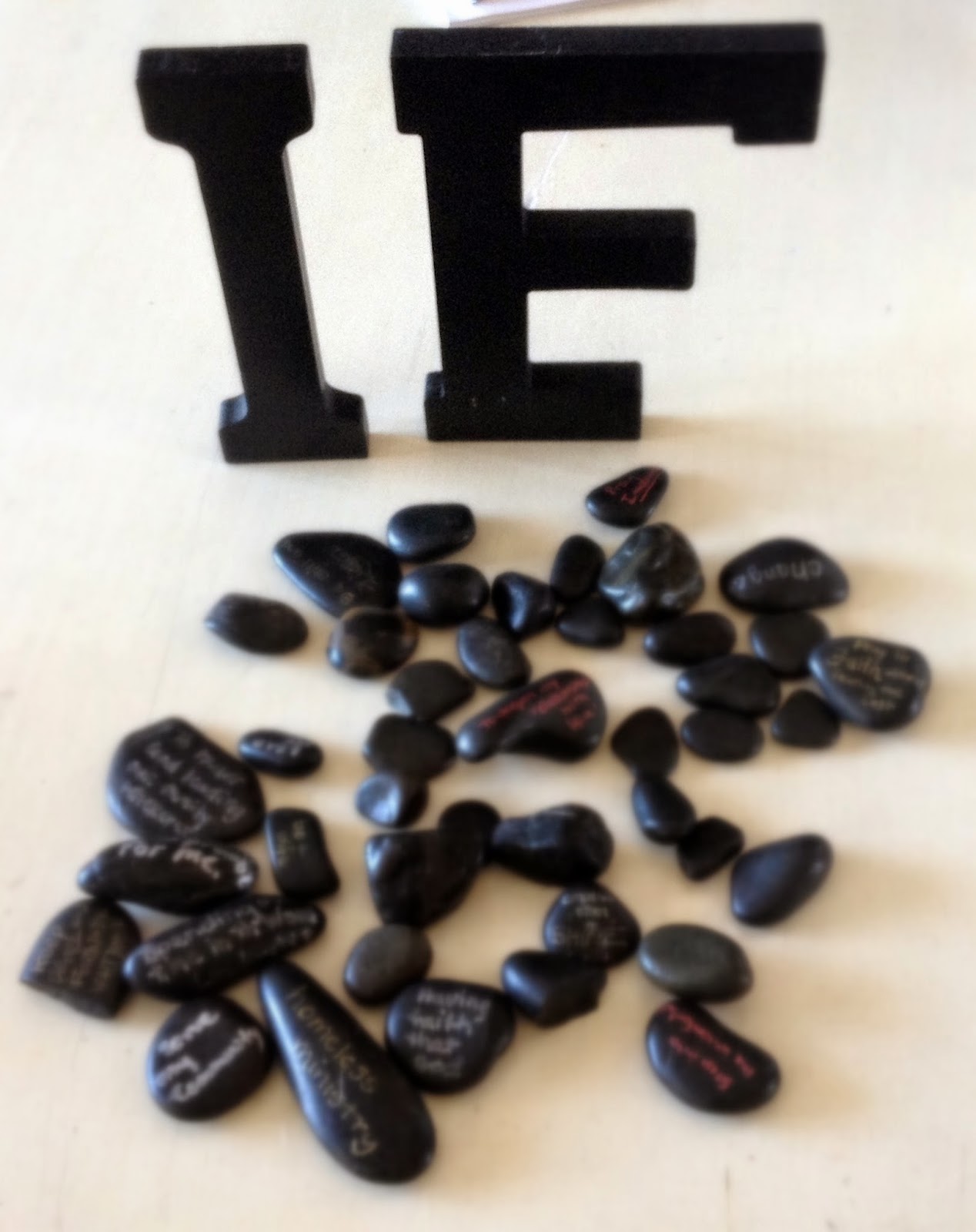 There is a generation of women rising up, boldly running after God. We want to do the hard things: racial reconciliation, loving our neighbors more than we love ourselves, fighting slavery and sex-trafficking and homelessness and addiction and injustice. These are the words I want people to think of when they hear the word "Christian." I was reminded this weekend that I am not alone. That the face of Jesus is not confined to a political party, or to a vocal minority in the news. We were reminded this weekend that "God is not American." He has come for ALL of us, he is for ALL of us. He loves people, not causes. People, not political parties. God wants to restore and redeem PEOPLE. You. Me. And we can choose to be a part of that.

Me? I don't want to miss a minute.

Are you a local friend and want to know more? I purchased the download of all the speakers and plan to have folks over to watch/discuss in the coming weeks! Let me know if you want an invite! :)

This post is part of a link-up with other blogs from women around the country/world who participated in If:Gathering. Check out the rest here: http://amyepatton.com/if-gathering-2015-ifstory/

Thanks for taking the time to leave a comment. All comments are moderated (because I won't post it if you aren't kind), so it may take a little while for your comment to appear.